The oldest low-floor trams will undergo modernization. 12 months to complete the works 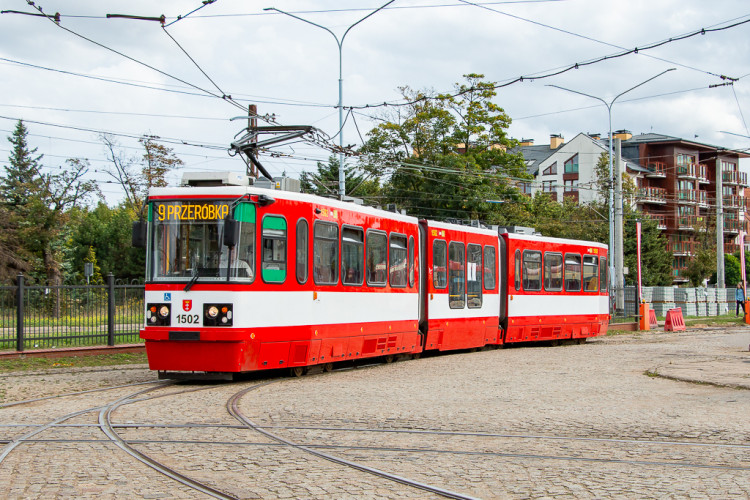 Gdańsk will again modernize two partially low-floor trams put into operation over a quarter of a century ago. The scope of works includes i.a. complete replacement of the electrical system, repair of the sheathing, delivery and installation of information boards, monitoring and a number of maintenance works. The cars will be back on track next year.

Konstal 114Na trams are unique vehicles both for Gdańsk and for public transport in Poland. For Gdańsk, these were the first modern rail vehicles with a lowered floor in the middle section. They were introduced to linear operation in 1997.

On the national level, the 114Na trams are a development of the first Polish low-floor tram Konstal 112N, produced two years earlier for Warsaw by the Chorzów plant (currently the factory is owned by the French Alstom).

Gdańsk trams: from war to modernity

Will it be possible to reduce the failure rate of vehicles this time?

Unfortunately, the innovativeness of the solutions used a quarter of a century ago does not go hand in hand with their failure-free operation. The vehicles were already modernized in 2013 (car with rolling stock number 1501 – the changes also affected the exterior) and in 2017 (rolling stock number 1502 – the original exterior appearance was preserved), but they are still often found in the depot instead of on the route.

Public transport timetable in the Tri-City

Now, the scope of the tender announced by the municipal company Gdańskie Autobusy i Tramwaje for the modernization of both vehicles includes:

In addition, it is planned to install new electronic boards for the passenger information system, the monitoring system and the passenger counting system. The trams will also be equipped with USB charging ports and air conditioning, and an AED defibrillator will be installed in the driver’s cabin.

More and more defibrillators in the Tri-City. Where to find them?

12 months to modernize both trams

12 months from the date of concluding the contract with the contractor are expected to perform the works in both trams. Its selection will be based on the following criteria: the lowest price (70 percent) and the guarantee provided (30 percent; minimum three years).

Orange warns: “Be careful who you text with”

Rushing diesel. What to do when diesel runaway occurs?

Inflation in Germany rose after a two-month hiatus