Sony representatives were present at this year’s Consumer Electronics Show. The industry giant decided to take the opportunity to show off the results achieved by the PlayStation 5 console. Without a doubt, it is a success on a global scale.

PlayStation 5 is selling like hot cakes. Jim Ryan showed up at the fair Consumer Electronics Show 2023 and confirmed the excellent sales of the console. This is valuable information, because Sony has been feeling the effects for some time global economic situation.

The result is impressive. The total sales of PlayStation 5 consoles is 30 million copies. The numbers should come as no surprise because PS5 accessibility issues are consistently eliminated. Even raging inflation did not deter consumers, making December sales history.

Is it worth buying the Logitech Brio 500 webcam?

December 2022 will go down in history

Sony has officially confirmed that “December was the biggest selling month in PS5 history”. It’s worth pointing out that Sony has a chance to improve on that score if it finally reveals new console version (cheaper).

New PS5 not yet

Unfortunately, this information was missing during CES 2023, so new version of PlayStation 5 still has to wait a bit longer. However, it has been revealed Project Leonardowhich is the controller intended for disabled players, however, it ended only with the announcement itself; the price and potential premiere of the device have not been given.

Ladybug sends strange messages. What this is about?

NASA wants to explore the asteroid. It is worth more than the world economy

Sony showed gaming equipment for a smartphone. The Japanese have prepared an unusual proposal 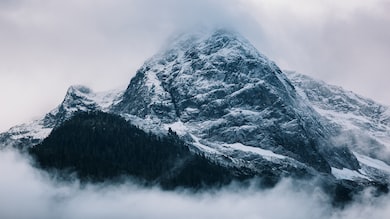 Diablo 4 will offer NPC companions, but initially only in the campaign