Photovoltaics is not everything. One raw material is needed

The energy transformation requires large financial outlays. Elimination of old, high-emission technologies and replacing them with renewable energy sources will be costly. There are different technologies that can be used for this, but copper is always needed.

Photovoltaics, wind, nuclear and hydro power. Each of these methods of obtaining energy works on a different principle and requires different materials and environmental conditions. Photovoltaic modules are made of silicon and need maximum exposure to sunlight. Nuclear power plants require special fuel and adequate water cooling. All these technologies have one thing in common – copper.

FROM report Wood Mackenzie shows that the demand for copper will increase significantly in the coming years due to the global drive to opt for a zero-carbon economy. The energy transition will cost billions of dollars, a large part of which will be for copper.

The Wood Mackenzie report draws attention to the expected development of electromobility, which will be associated with a significant increase in the demand for copper. This element is used in cabling, batteries, motors and electrical networks that will allow vehicles to be charged.

Copper will be necessary not only for the development of electromobility, but also for the operation of renewable energy. It is enough to mention cabling, energy storage and inverters.

According to analysts, the demand for copper will increase by 9.7 million tons worldwide in the next decade. It is worth noting that from the beginning of its operation in the 1960s to 2015, KGHM Polska Miedź SA, one of the largest copper producers in the world, mined a total of approx. 18 million tonnes of copper, for the needs of which over 1 billion tonnes of ore were extracted.

The prepared report shows that in the next 30 years, each year around the world, about USD 23 billion will have to be spent on providing the necessary amounts of copper for the energy transition. Copper alone is expected to significantly increase from the current level of approx. 7 thousand. dollars per ton to approx. 10 thousand. dollars per ton.

While the mere need to supply the right amount of copper can be a big problem, the positive aspect in this regard is that copper mining is a relatively low-carbon process. The Wood Mackenzie report notes that carbon dioxide emissions from the production of copper cathodes account for a quarter of those from refined aluminum, which could act as a copper substitute.

Gold is losing its luster and the NBP reserves billions of dollars. Is guilty 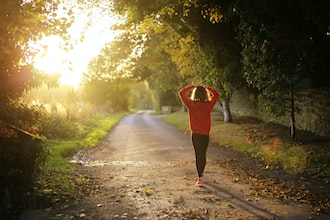