Metal Gear Solid – Bluepoint, give me this remake already

I define Metal Gear Solid as a curiosity of contradictions, a clash of two worlds – the western and the eastern. Surprised? So I hasten to explain. Passion for American action movies combined with powerful mechs, cybernetic ninjas, a certain otaku or a levitating guy in a gas mask. All tied together with militaria, conspiracy theories and terrorist ambitions, in the style of Uncle Sam. And yet there is still the technical construction of the legendary project. And all this appeared in 1998, the golden age of PlayStation, the great success of eastern gamedev, when studios overseas were just learning to create such gems. Legends often need a new translation, and we happen to have some master restorers on the market. It’s time to start the remake, Bluepoint Games.

Time for the facts. Metal Gear Solid debuts in 1998to instantly become one of the best games in history. So far, no producer has developed such an advanced game, based on infiltrating an enemy base, in this case, located on the island of Shadow Moses. The historic honor of the first game based on the so-called “stealth” belongs to the production modestly named 005 (1981, Sega). This is a project of a very old, even ancient date in gaming culture, but this is the moment when such a concept was in the game, just before the big crash. Again, I will say that most of the concepts in this industry were invented almost from the start. Evolution dictates the rest. Metal Gear Solid brought the narrative to a cinematic level. Without CGI, which in itself turned out to be a powerful achievement. 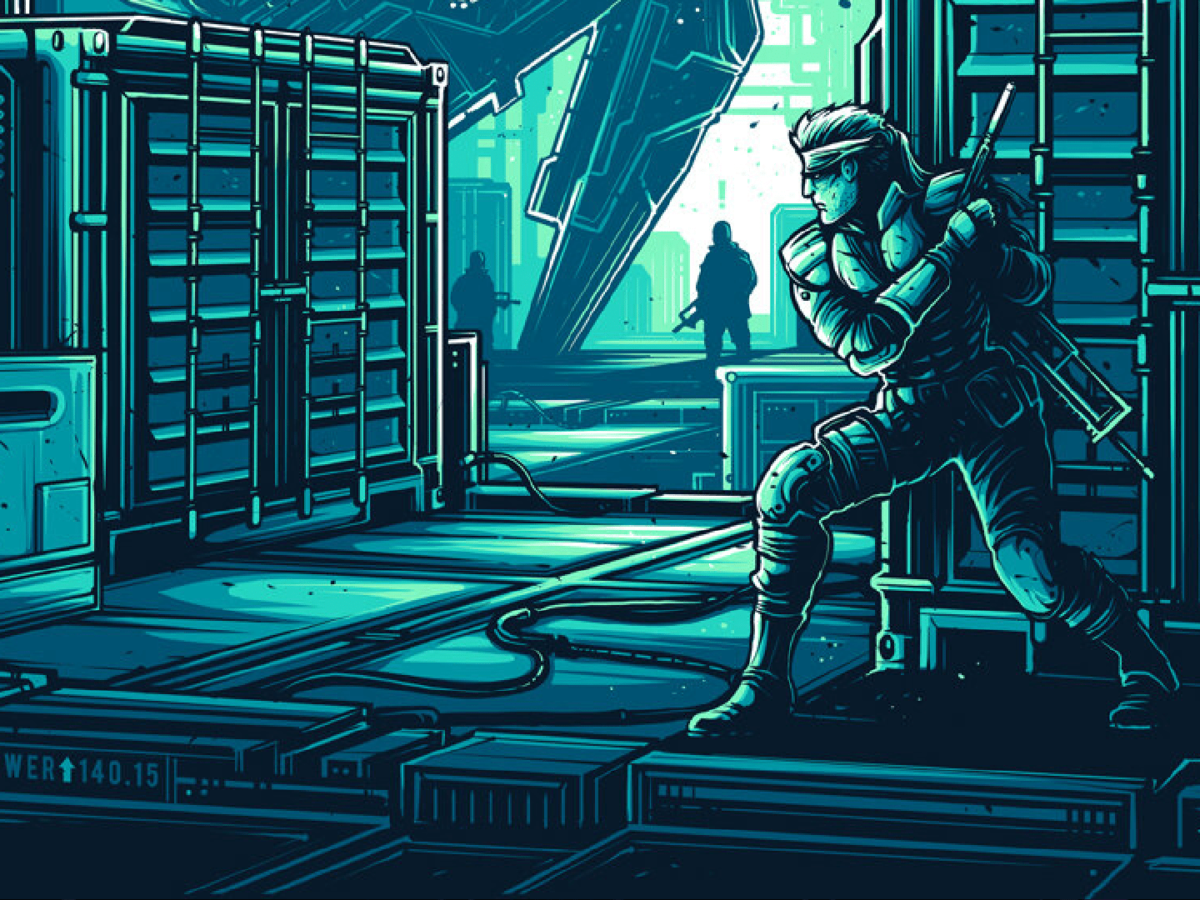 The first opening line of the iconic, solo mission in the Shadow Moses archipelago. We’ve already seen numerous fan-made proposals spawned from the Unreal engine. The effects are always impressive. We returned to the lamented base in 2008, when the difficult finale of the cycle, Metal Gear Solid: Guns of the Patriots, was born. I can’t say more, because it’s a brutal spoiler, and I try to avoid those as usual. It wasn’t a flashback, more like a return to the past. The story was retold by the virtuosos of Silicon Knights, possibly including some pact from Nintendo, because Metal Gear Solid: the Twin Snakes has so far not crossed the long-closed boundaries of the Nintendo GameCube. Nobody will regret the remaster, but the licensing issues probably create too complicated a process for the game to get a refresh.

Funny that David Hayter himself once heard about the revival of Metal Gear Solid. Of course, his comment referred to the obvious. He heard from an insider that such a project would see the light of day. In fact, we all know it, and apparently the actor sees the possibility of flashing again in the flash. Although we know Hayter’s achievements, his star has dimmed a bit. Today, he mainly writes screenplays for movies, so he could have passed us somewhere during the credits. According to recent information, Konami’s participation is limited to licensing the selected studio. If I was left standing for even five minutes to choose – the choice would be obvious, wouldn’t it?

Regardless of the rumors, Metal Gear Solid: Remake has been the focus of most industry observers for several years. For once, the cycle since Phantom Pain is practically non-existent – apart from the publisher’s favored pachinko parlors and the unfortunate Metal Gear Survive. Two – the future of the brand without Kojima Productions is highly debatable. The reason for the increasing hype for the remake is the sterility of the Twin Snakes, which appeared only on the GameCube. Unfortunately, I have no idea about the licensing agreements concluded between Konami, Silicon Knights and Nintendo almost two decades ago, when the idea for the game was born. I have kept my copy to this day. It’s not likely to resurrect this gem. All hope lies with Bluepoint Games. Unfortunately, the studio does not provide any specific information, but most reports show that the team is developing an original project. 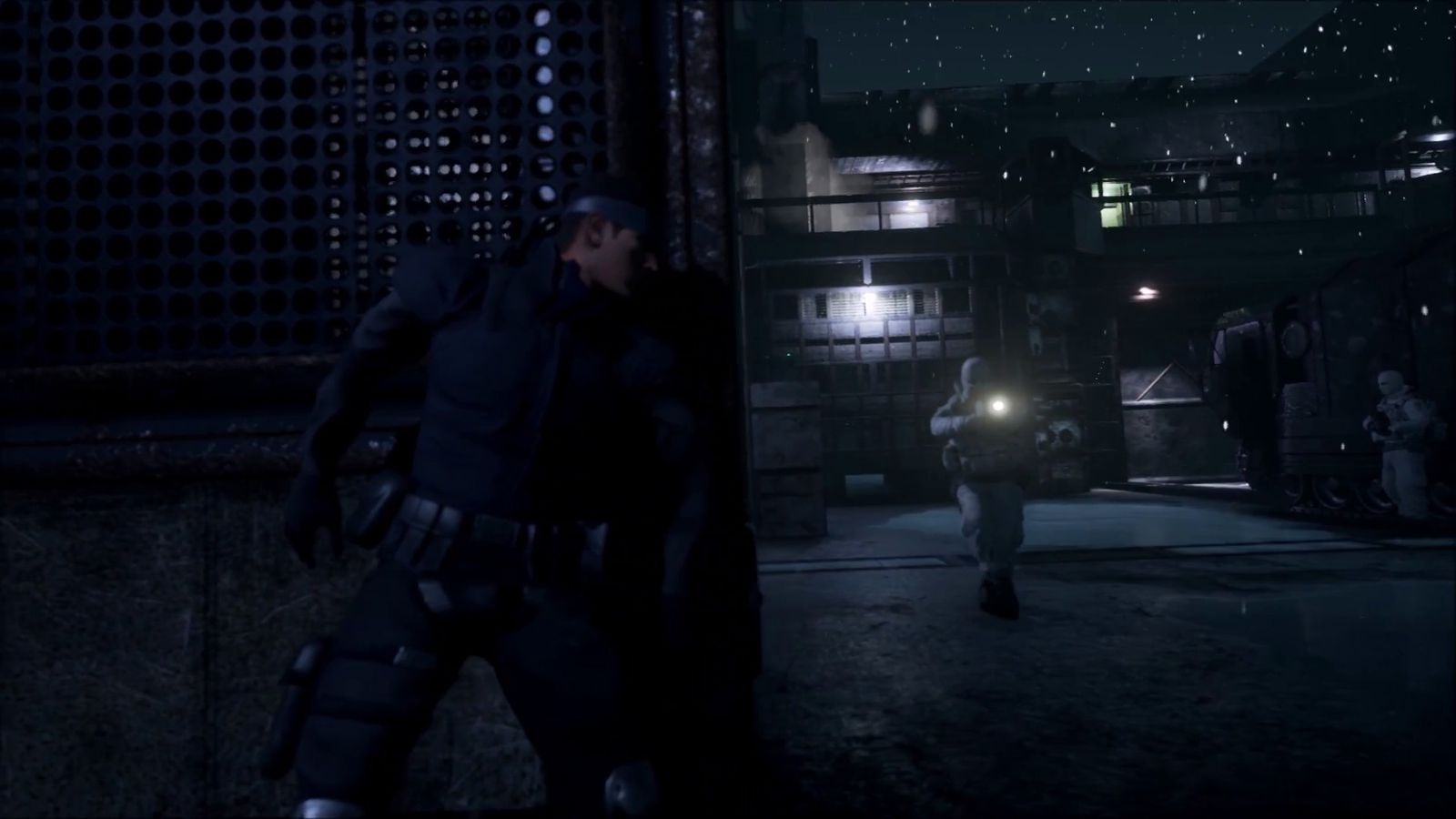 Metal Gear Solid received a remake six years after the original release. We also see this analogy with Resident Evil, where the renovation appeared six years later. What still distinguishes the story of FOXHOUND, and Solid Snake’s lone crusade into the military-mystical jaws of Shadow Moses? Primarily in the way the player’s emotions are navigated. Everything we experienced in the game was the foundation of the whole scenario. Each of the defeated members of the squad helped the hero with his last breath. Initially, the viewer believes that the evil side is on the path of redemption at the last moment. None of these things. It was meant to be, this was the antagonist’s plan. The plot layer, however, presents these situations in a dramatic and touching way. The Metal Gear Solid scenario is an emotional rollercoaster, often without a grip.

If the renovation project ever comes to fruition, what can we expect? Will the Bluepoint team use the dialogue sequences recorded years ago and convert them in better sound quality? Hard to say. We should not worry about the performance and the gameplay model. Moved in a 1:1 scale with a new generation frame, it will do its job. But let’s stop here for a moment. Demon’s Souls maintains an almost identical consistency of animation, which is due to the genre, which primarily focuses on combat and exploration. In the face of such a legend, technical changes must go a step further. Slicon Knights used the Metal Gear Solid 2: Sons of Liberty engine for The Twin Snakes. Let’s remember that the potential publisher still has Fox Engine technology. When creating a remake, Bluepoint Games often researches the opinions of the community, performs powerful research checking the impact of a given game on the then audience. This meticulous approach can be seen in Shadow of the Colossus (2018). Metal Gear Solid is a challenge of greater caliber. We hope that one day the company will throw down Konami the gauntlet. Rumor sometimes turns into truth.

GTA started as a dinosaur tech demo. The developers did not believe in the success of the game

WhatsApp will stop working on these phones on February 1! Here is the list of smartphones – check [30.01.2023]

Redfall has an internal delay? The game may debut later