It’s hard to believe. KOWR has just canceled over PLN 7 million of debt!

It is hard to believe what has just been entered into the list of amortizations of amounts owed to the State Treasury. At the end of October this year. KOWR canceled over PLN 7 million of receivables from another debtor!

When we reported on farmer.pl at the end of September that KOWR canceled almost PLN 3 million of debt to one person – which at that time already seemed to us a cosmic amount – we did not think that the generosity of the Center could be even greater. Much, much bigger … 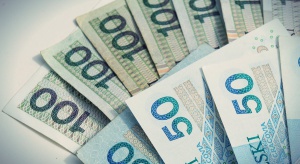 According to the public redemption list of amounts exceeding PLN 100,000, PLN (which KOWR is obliged to carry out in accordance with the Regulation of the Minister of Agriculture and Rural Development of October 31, 2017 on the detailed grounds for deferment, distribution into installments or remission of receivables of the National Center for Agricultural Support and the procedure to be followed in these matters) last entry, under number 32 , is dated October 27 this year. Thanks to him, we know that KOWR has just written off the receivables amounting to PLN 7,099,663.93.

It is a debt that was generated by Przedsiębiorstwo Produkcji i Hodowli Fish Freshwater in Kraków.

As justified, the legal basis for this redemption is the provision of the above-mentioned Regulation: § 2 sec. 1 points 2 and 3, providing for the possibility of remission of receivables in whole or in part due to their irrecoverability in a situation where the debtor who is a legal person was removed from the relevant register of legal persons with the simultaneous lack of property from which the receivable could be enforced or the receivables were not recovered as a result of completed liquidation or bankruptcy proceedings or the bankruptcy proceedings have been discontinued due to the lack of assets in the bankruptcy.

The October entry in the KOWR redemption list is another one this year, with such a high rate!

September 13 this year. KOWR redeemed Bogumił Głażewski the amount of receivables amounting to PLN 2,929,338.30. As justified – the debtor has diedwithout leaving any property or leaving movable property that is not subject to enforcement under separate regulations, or has left everyday household items, the total value of which does not exceed the amount of three times the average monthly remuneration in the calendar year preceding the redemption, announced by the President of the Central Statistical Office in the Official Journal of the Republic of Poland ” Monitor Polski “for the purpose of calculating the allowance for the company social benefit fund.

In March 2018, KOWR canceled PLN 2,640,528.03 of receivables from the debtor. The plaintiff – the debtor died, and the execution against the debtor’s property turned out to be ineffective.

The full list of amortizations of amounts above 100,000 PLN in the article below: 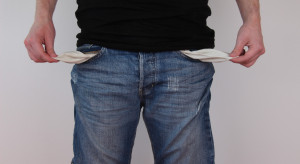 Material protected by copyright – the rules for reprints are specified statute.

The Franks and the takeover of Getin Noble Bank. Borrowers apply for the suspension of the installment repayment obligation

The new Volvo already impresses with its interior. An important detail has leaked out

Sensitive companies and entities must submit a statement on freezing electricity prices in 2023! The deadline is November 30, 2022. How to complete the declaration of the authorized recipient?

Changes for pensioners from September. ZUS explains the details