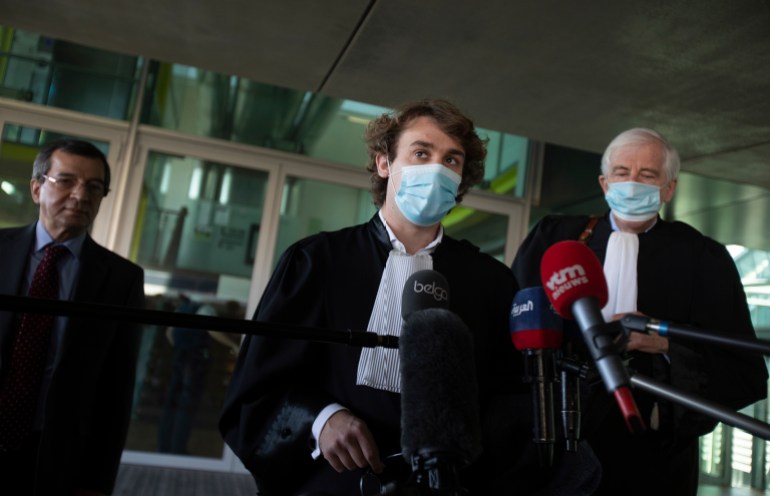 Iran. Belgian citizen sentenced to 40 years in prison and flogging

Belgian citizen Olivier Vandecasteele has been sentenced by an Iranian court to a total of 40 years in prison and 74 lashes, the Associated Press reported on Tuesday, citing an Iranian justice website. The allegations include espionage and collaboration with hostile governments.

The revolutionary court sentenced 41-year-old Olivier Vandecasteele, a citizen Belgium and an aid worker, to 12.5 years for espionage, 12.5 years for collaborating with hostile governments, and 12.5 years for money laundering. He was also fined $1 million and sentenced to 2.5 years in prison for currency smuggling. The Belgian pleaded not guilty to the charges against him.

The Vandecasteele family reported in December that Olivier had been held in an Iranian prison for months and was on hunger strike. According to his family, he has been denied access to a lawyer of his own choosing and is suffering from serious health problems.

It is not clear whether the allegations against the Belgian are related to the shocking anti-government protests Iran from mid-September 2022. From the start mass demonstrations in Iran many foreigners were arrested, blaming “enemies from abroad” for inciting citizens. Other protesters are sentenced to death.

High Commissioner UN Commissioner for Human Rights Volker Tuerk said in a statement on the situation in Iran released on Tuesday that “the use of criminal proceedings as a weapon to punish people for exercising their fundamental rights, such as participating or organizing demonstrations, amounts to state-approved killings.” Two men were hanged in Iran on Saturday for allegedly killing a member of the security forces during protests.

Iran’s execution of death sentences, condemned by a growing number of countries, coincided with a decrease in the intensity of protests, Reuters reported.

Orban’s voters indicated who is responsible for the war in Ukraine. “It’s pretty shocking”

The head of NATO responds to Putin. “Nuclear War Cannot Be Won”