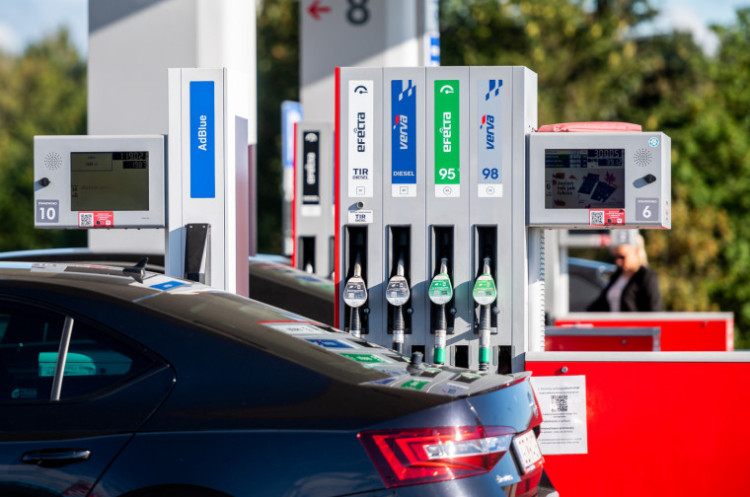 Have you ever wondered in which region of Poland the fuel is the cheapest? And how does Pomerania fare compared to other voivodships? It turns out that the average differences in the ranking of voivodships amounted to as much as PLN 0.17 per liter.

The list was created on the basis of PanParagon application users who sent their receipts from petrol stations.

Anonymously added receipts are a valuable source of knowledge about inflation or the average prices of various types of products. During the holidays, while traveling around Poland, we noticed that the costs associated with fuels differ from region to region. So we checked whether our subjective feelings are reflected in reality. They came under our magnifying glass tens of thousands of receipts in the period from August 1 to August 31, 2022and we assigned the obtained results to specific voivodeships – he explains Antonina Grzelak from the PanParagon app. 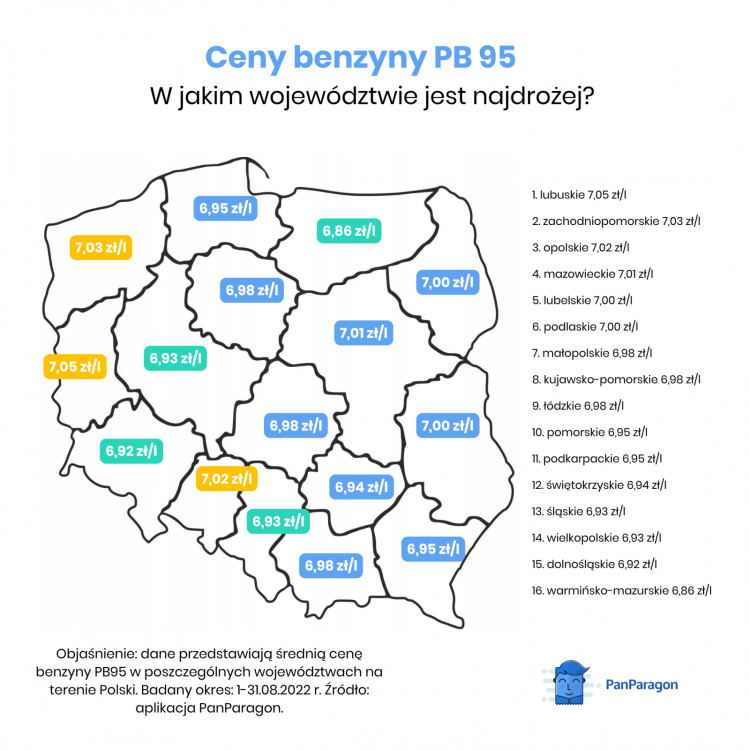 At the beginning, we take a closer look at Pb 95 gasoline. The difference between the provinces with the highest and the lowest average 95-octane gasoline prices was PLN 0.19 per liter. The highest in this ranking was the Lubuskie voivodship with an average price of PLN 7.05 per liter. The cheapest gasoline was offered in the Warmian-Masurian Voivodeship – PLN 6.86 per liter. Pomerania, with the price of PLN 6.95 per liter Pb 95, took 10th place. 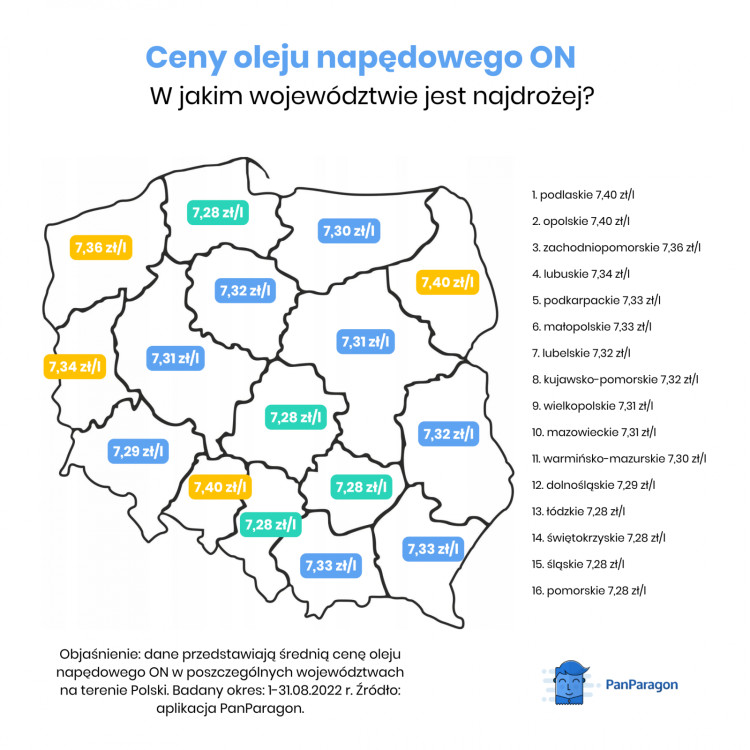 And where in Poland was it possible to refuel with diesel fuel the cheapest during the second month of summer holidays? Here, in the Pomeranian Voivodeship. The average diesel price at the stations was PLN 7.28 per liter. The same result was achieved by three other voivodships – Śląskie, Świętokrzyskie and Łódzkie. The worst voivodeships for diesel were Podlaskie and Opolskie (PLN 7.40). 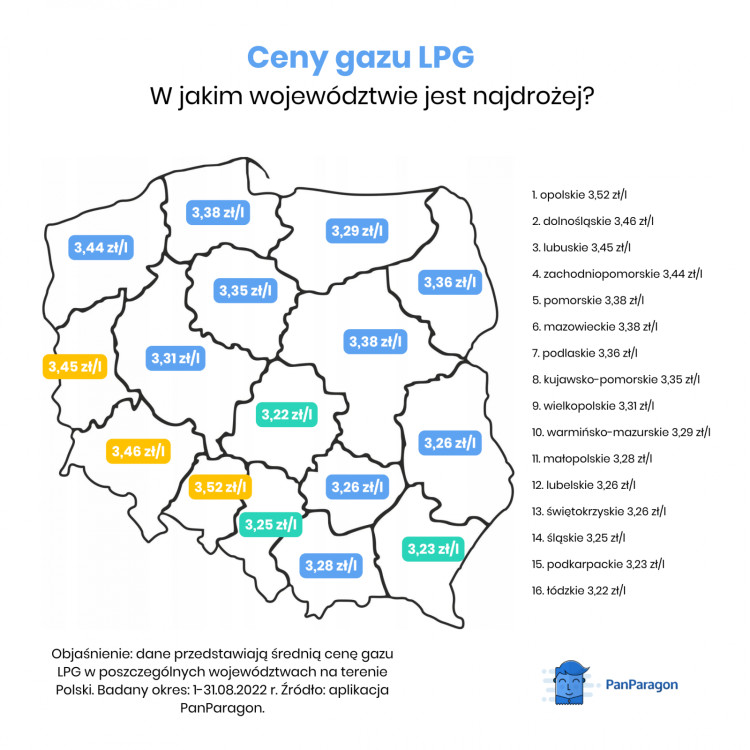 Autogas was also included in the analysis. In August, the cheapest was in the Lodzkie Voivodship – on average PLN 3.22 per liter of gas. Drivers paid the most in the Opolskie Voivodeship – PLN 3.52 per liter. The difference was considerable, as it was as much as PLN 0.30 per liter. This time Pomerania came close to the podium – it took 5th place with a price of PLN 3.38 per liter. 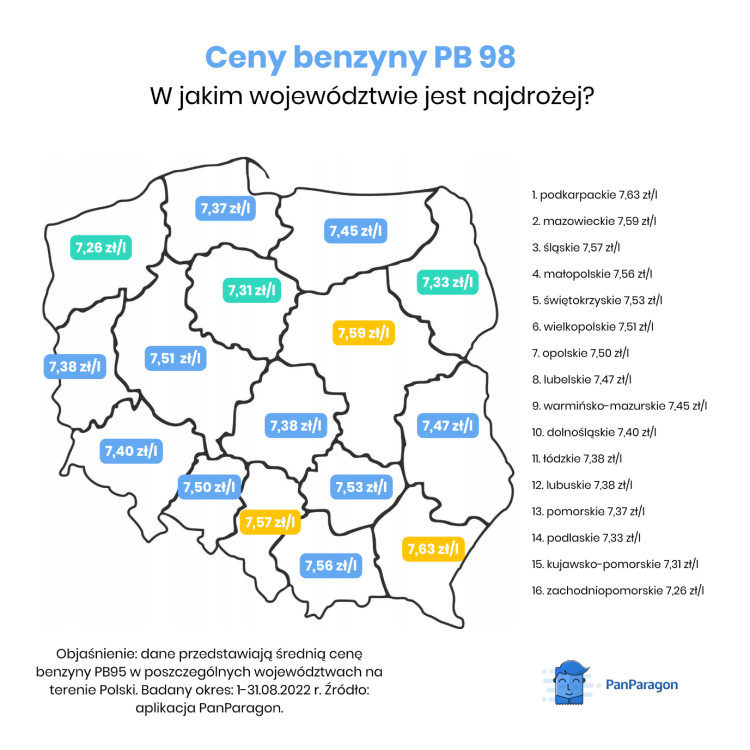 At the end we left Pb 98 gasoline. In the case of this fuel, the price difference between the first and the last voivodship in the ranking was the largest, amounting to 37 groszy per liter. The infamous first place went to Podkarpacie (PLN 7.63 per liter), and the best … last – to the West Pomeranian Province (PLN 7.26). Pomerania, with the result of PLN 7.37 per liter, took 13th place.

Diesel fuel more than PLN 1 more expensive than gasoline. Why?