In 2018, a few days after the Danish queen’s 78th birthday, a huge glass-silver-gold tomb was completed, specially designed for her by the sculptor Bjørn Nørgaard.

The original tomb, in which the body of the Danish monarch will be buried after death, is located in the Cathedral of Roskilde, where nearly 40 Danish kings are buried, dating back to Sven II, i.e. 1076, and even the great King Harald Blouse, who ruled until 986

Work on the project was started in 2003 by the sculptor Bjørn Nørgaard together with Queen Margaret and her still living husband, Prince Henry. The cost of the work is estimated at approximately CZK 30 million (nearly PLN 17 million).

Design by the sculptor Bjørn Nørgaard

The sarcophagus is something like a transparent rounded glass capsule, in which there are two recesses in the shape of a royal couple. The whole is based on three columns topped with silver elephant heads. The top is decorated with a gilded sculpture depicting regalia (symbols of royal power). 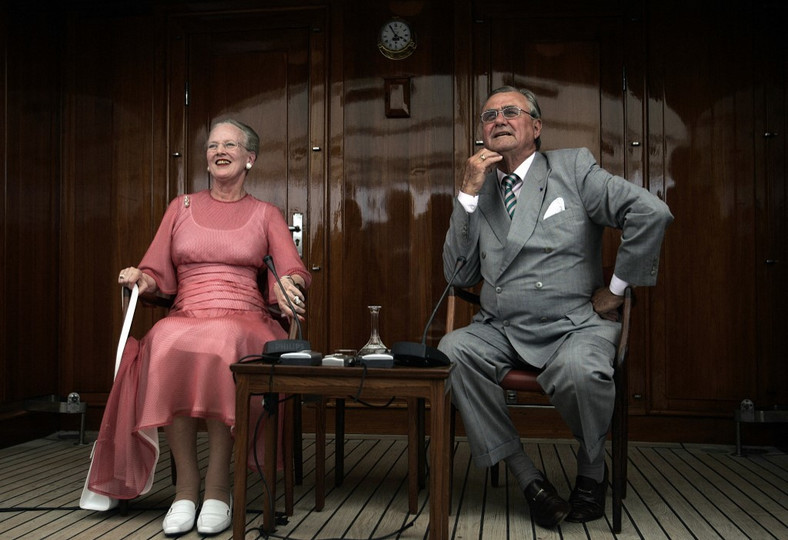 Queen Margaret II of Denmark and Prince Henry in 2007

In August 2017, Prince Henry decided that he did not want his remains buried in the cathedral’s crypt. After his death in February 2018, his ashes were scattered at sea and in the garden of Fredensborg Castle. Despite the fact that Queen Margaret will be buried alone, the form of the tomb symbolizing the royal couple will not change. 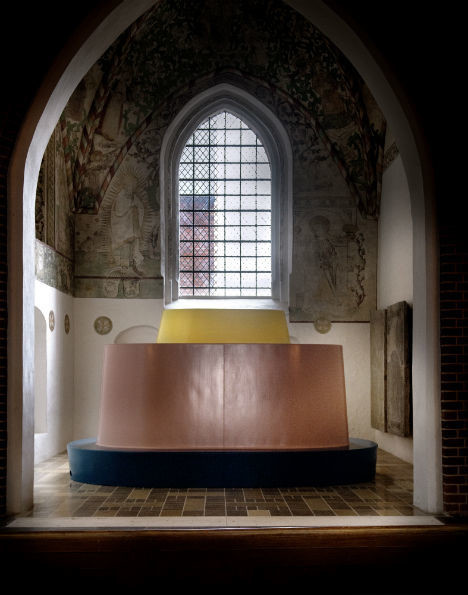 Until the death of Queen Margaret II, the tomb will remain covered

A tomb that was placed in the chapel of St. Birgitta, will remain covered by a wooden box and will not be visible until the queen is killed and buried.

However, an exhibition devoted to the design of this structure has been opened in the cathedral. A 1:10 scale model of the tomb is also available to visitors.