In the country, maize is harvested for silage, in Wielkopolska and in the Lubuskie Region, corn is already mowed for grain. Due to high energy prices, many farmers are considering selling wet corn. However, does its sale guarantee the profitability of cultivation?

From European countries and North America, there is information about much lower forecasted maize harvest than previously assumed. As in Poland, high-scale drought plays a major role here. The grain maize harvest in the country is getting closer, although for now everyone expects the grain to decrease its moisture content after the rainfall.

How is this year’s harvest estimated? We asked for a statement by prof. Tadeusz Michalski – president of the Polish Corn Producers Association. In his opinion, in the central-western region of the country, maize yields will be at a low level, in the order of 3-5 t / ha of dry grain, and the yield at the level of 6 t / ha, can be considered good in this case. In the eastern part of the country, where there have been periods of drought, maize looks much better and yields will be slightly lower than in 2021.

-It is a plant that can withstand stress, including recovering from periodic droughts. This year’s rainfall shortages were severe, but on the other hand, maize will certainly give a satisfactory yield, i.e. at least 8-9 t / ha – explained Prof. Michalski.

And, he added, the profitability of maize, compared to wheat, is nevertheless greater.

-The outlays for maize are similar, or even smaller, to the intensive cultivation of wheat. In addition, in maize, we usually have these 2 tons of crops more, which is the amount that the farmer can spend on drying, of course not to lose it compared to wheat, he commented. 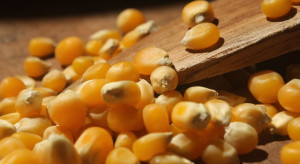 Unofficially, we also obtained information from farmers and purchasing centers. Faced with the fear of high costs of drying maize, many farmers are willing to sell wet maize. As the purchasing companies admit, it is not yet known how the drying costs will turn out, but in the case of high supply of wet corn, its prices will probably fall. In the case of dry maize, if it is possible to hold and dry it, it is worth considering.

Importantly, also on the feed market, the drought spectrum plays a significant role this year. According to the Farmer.pl portal, the Cereal and Fodder Chamber, feed mills are waiting for this year’s maize. However, when browsing classifieds forums, you can see more offers for sale than there are people willing to buy corn. Prices for standing maize for silage start at 5,000. PLN per hectare, and end up at 14 thousand. PLN for 1 ha.

– Due to the uncertain supply of energy carriers, mainly gas, to which a large part of the dryer has been converted, and additionally fluctuations in energy prices, the situation on the maize market is not easy. If, in fact, farmers decide to sell wet corn, they must do so within a maximum of two days in order for it to not spoil. The only thing I could advise now is to first ensure a pickup with a certain price, and then collect the corn, or think about using it for ensiling – he said.

What was emphasized by prof. Michalski, the price differences between dry and wet maize are too high.

-The currently quoted prices for wet corn, I would say, are not impressive, and are even too low. If currently around PLN 1,400 is the price for dry maize, then in order to return the profitability of this cultivation (both for the producer and the purchase), the wet one should cost at least PLN 900. The amount of PLN 800 is already a low price, even with relatively high drying costs. I think that buying insurance with an unknown amount of energy costs, they give a lower price. If energy carriers were certain, it would probably look different. The grain harvest, despite not the highest yields, should be quite high – in the order of 6 million tonnes, but there are so many collectors that they are able to pick up even this large amount of grain, but the question is whether they will – summarized prof. Michalski.

The zloty is strengthening just as the NBP governor wants. This is a reaction to the US data

Statement on cheap electricity for companies and households – where to send? Who and when must submit them? Template pdf statement

Tauron will sell you the debt-free mines for PLN 1

Police found the car before the owner reported it as stolen